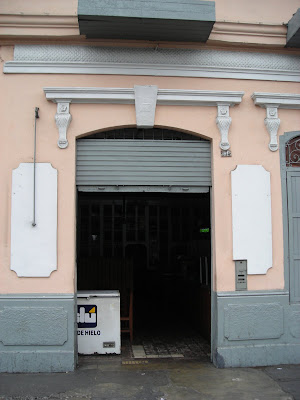 For the past 70 years, this mythic bar located in the seaside district of Barranco, which from the outside seems plain and unassuming, has been a focal point of Lima's nightlife. Since 1939, it has been run by Juan Casusol, Juanito; and now his sons, Juan, Rodolfo, and César.

Juanito Bodega Bar has hosted painters, poets, writers, singers and musicians, students and insomniacs, and anyone else eager to find a place to have a drink, a long conversation, and sample the house specialty: smoked pork sandwiches, prepared according to a secret recipe.

Located facing the main park of Barranco, this bodega bar (reminiscent of bars in Spain) was originally known simply as the Bodega del Parque and was founded when Barranco was still connected to central Lima by streetcar. 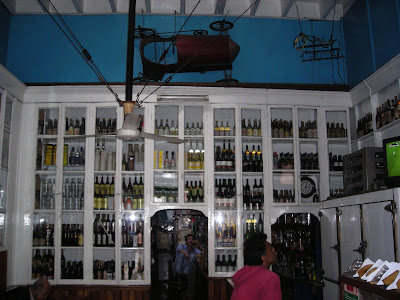 As a young man in his 20s, Juanito was a waiter at the bodega bar when he took over.

The story goes that the original owner, an Italian, one day got tired of running the business and offered Juanito the business. Little did Juanito know that this bodega bar would become such an entrenched part of Lima's, and his own family's, history. In a 2003 interview in Correo newspaper, Juanito says he paid 9,000 soles for the locale. 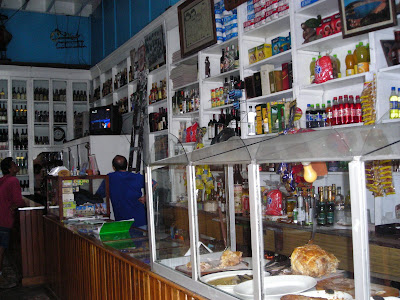 In the same interview, Juanito claims he doesn't recall how this humble bodega bar became legendary among Lima bohemians. But over time, writers and poets began to frequent the place, drinking wine in smoke-filled rooms and engaging in long intellectual conversations.

A lifelong fan of the soccer club, Alianza Lima, the bar is a focal point when Alianza plays, and when the World Cup arrives every four years, it is a standing-room-only crowd. He and his sons leave the bar in good hands while they head to wherever the games are being played. 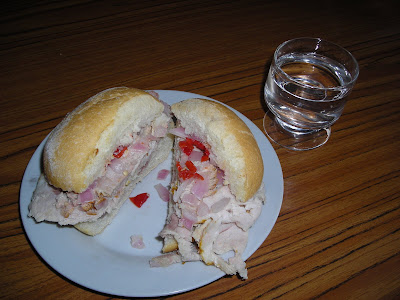 Sanguáche de jamón del país with Anís del Mono, a classic treat.
The house specialty, a pork sandwich, is made with smoked roast pork which is then slowly cooked in a secret seasoning that gives it a unique flavor. It is always served with salsa criolla, a mixture of onions, tomatos, and rocoto. The recipe for Juanito's pork is considered one of Barranco's best-kept secrets. 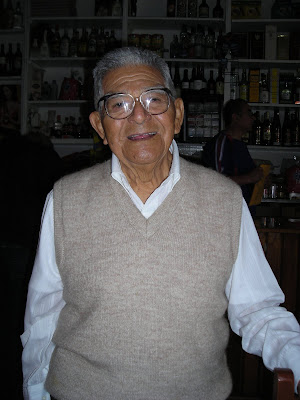 Juan Casusol, Juanito
In his 90s, Juanito is no longer involved in the day-to-day operations of the bodega bar, but still goes there every day. The bar opens daily at 11 a.m. Juanito usually arrives around noon. He sometimes gives orders to the waiters, checks accounts, and then rolls up his shirt sleeves to cook in the kitchen. The bodega bar is his social life, and every day friends and family members drop to visit and spend time with this Barranco patriarch.

During our visit to Juanito Bodega Bar, we had the good fortune to meet Juanito; as well as, to sample the very tasty pork sandwiches, sanguáche de jamón del país, which we ate accompanied by Anís del Mono, a sweet anise-flavored liqueur imported from Catalonia, Spain.