Is Huacatay The Same As Epazote?

Today, I received an interesting e-mail regarding the Peruvian herb called huacatay.

I know huacatay is a flavorful, aromatic herb related to the marigold and used to season Peruvian sauces and dishes. Epazote is an herb used in Mexican cuisine.

I have a previous post about huacatay, but I had never thought it might be the same as epazote. 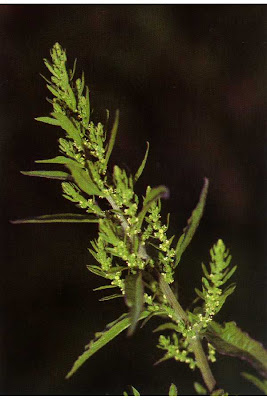 I admit, I am more familiar with huacatay than epazote (but I have tried it). Thanks to immigration, I can find both herbs, fresh epazote and huacatay in a jar, at my local Latino grocery here in Los Angeles. 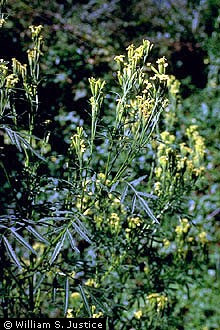 My first attempt at researching on the internet led me to a website that claimed they were both the same. To verify this, I used Google Perú, and limited the hits to Peruvian pages only. I was looking for the scientific name of huacatay. Then, I did the same thing at Google México for epazote.

The scientific name for huacatay is Tagetes minuta, while the name for epazote is Chenopodium ambrosioides.

So, no. They are not the same herb. 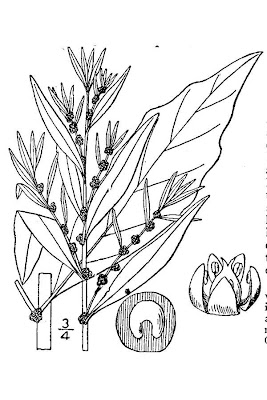 Armed with the scientific name, it is easy to find further information. The pictures on this page are courtesy of the Plants Database at the USDA. Wikipedia has an entry in English and Spanish about epazote, but not about huacatay. 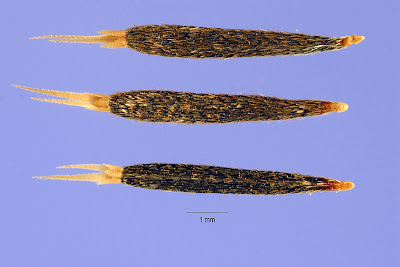 My newly acquired Diccionario de Gastronomía Peruana Tradicional by Sergio Zapata Acha has the following lengthy entry on huacatay on page 366 (this is my informal, unofficial translation):

From the Quechua word Huaccatay, according to Clements Markham, 'a sweet tagetes used to flavor dishes'.

In Arequipa, it is called huatacay. Leguía y Martínez doesn't know if it is, '...their own term or a transposition of the sounds of the name as used in Lima and elsewhere, corresponding to the word chrichri from Cajamarca which indicates an aromatic herb used as a condiment and stimulant, either alone or together with ají. Yatán is a highly-agreeable stimulant made with ground ají (generally, rocoto,) huacatay, garlic and other spices...'

About 'huatacay', the Arequipan Juan Manuel Cuadros writes in his Botanical Folklore of 1940, '...just uttering its name conjures a world rich with the flavor of the fields, of wet earth and sensual stews, of huatia made with potatoes, of loving coals, thick cheeses, and a stimulating and aromatic llatan...'

Raimondi (1857) describes it, saying: '...Tagates minuta is a very aromatic plant, of thin leaves and small flowers. It is indigenous to Peru and is known in Lima as huacatay and used as a condiment...'

Colunga (1878) adds: '...it grows upright, with alternating leaves that are deeply divided ... the plant gives off a very stong, yet pleasant, aroma and is generally used as a condiment...'

According to Arona, huacatay, '...is an indigenous mint ... used as condiment, particularly in chupe. The small huacatay plant, although not tall, is lovely to see, due to its small, almost invisible, yellow leaves that resemble feathers and its delicate flowers. It sweetens the atmosphere and draws the attention of passers-by with its penetrating aroma, just as thyme does in certain parts of Europe.'

There you have it. Everything you ever wanted to know about huacatay but were afraid to ask.

Zapata Acha has done a great deed with this dictionary. He even includes a poem to huacatay from the Arequipa area.

At the previous post about this Andean herb, there is a recipe for making ají de huacatay.

You are so lucky to be able to find huacatay in your area. I haven't found it here in DC, but I will keep seaching... your blog makes me hungry too! nice article about this similarities.

We must understand that there were migrations between Meso and South America long before the Europeans arrived. With people, customs and traditions moved too. The hairless Mexican dog for example is relative to the Peruvian chimo dog (just an example) and our food and ingredients are similar as well.

Carlos, good point about the similiarites between Meso and South American pre-Hispanic cultures; there's so much information has been lost, isn't there? What? No huacatay in DC?!? Let me know, and I'll send you some!

I really miss aji de huacatay epasote also grows in peru and is called paico often used in the peruvian selva(jungle) to rid children of intestinal paracites it grows wild just about everywhere for example in tarapoto. another herb that gets confused culantro and cilantro two different herbs both used in peruvian cooking

I didn't know epazote grew in Peru, thanks for the info.

THANKS for this great info!! I was surprised to find this wonderful site after typing in huacatay on a search. I just had some homemade rocotto, huacatay, & salt with 3 different types of potatoes here in the Andes. I am going to deeply miss this herb upon returning to the US. I guess I will load up on bottles of it at the grocery stores in Lima. Thanks again for the great site.

Hello to every body. If you can not find Huacatay in your area. You can mix cilantro and parsley and you will get a similar flavor. Try it, is really good.

I am so glad I have found this page on the internet, I am missing my peruvian food so bad, and I got good information about huacatay now, because I wanted to use it and I couldn't find it here in Ky so I was traying to find diferent names of huacatay or similar hervs to replace it, thanks for your information...